How Are Anxiety and Depression Related?

Anxiety and depression are two of the most common mental health conditions in the United States. They often occur together and can seriously impact people’s lives.

Fortunately, doctors can successfully treat both anxiety and depression. However, it’s crucial to get help from a qualified professional.

Anxiety is normal. It’s a natural stress response and can help you stay focused and alert in stressful situations. However, ongoing anxiety that seems to have no cause or triggers can be highly debilitating for some people. Constant or untreated anxiety can lead to other health issues such as chronic pain and high blood pressure.

Several things may contribute to the development of a disorder. These factors vary by age and gender. The environment can play a role, too — for instance, children who grow up with neglectful parents often develop anxiety.

What are the symptoms of anxiety?

The following are the most common symptoms of anxiety:

● Feeling nervous, irritable, or on edge

● Worrying too much about everyday things

● Difficulty concentrating or having your mind go blank due to worry

● Having trouble sleeping, early-morning awakening, or oversleeping because of worrying

● Having palpitations, chest pain, or discomfort from anxiety

Are there different types of Anxiety disorders?

Yes. The most common types of anxiety are:

This condition is characterized by panic attacks, episodes of intense fear that seem to come out of nowhere. People who have panic attacks often worry about when the next attack will happen. It often thwarts their efforts to relax, and they can develop phobias or fears of everyday situations. Panic disorder can lead people to avoid places where they’ve previously had an attack, which can hinder their ability to be spontaneous or adventurous.

People with social anxiety disorder are very self-conscious and extremely fearful of being judged or rejected in social situations. They may worry about saying something stupid, looking foolish, or being embarrassed.

Some people with social anxiety disorder have just a few panic attacks in their life. Still, it’s more common for them to have ongoing symptoms of anxiety that can interfere with work and relationships.

People who have generalized anxiety disorder are anxious about many things, most days of the week. They may feel restless and on edge, have trouble concentrating, or continually worry that something terrible will happen. In general, they can’t relax.

Separation anxiety disorder involves feeling very nervous and fearful about being away from home or close to people — such as when going to school or work. The anxiety is excessive and can be very disruptive; it often leads people with this condition to feel trapped and avoid attending school or work.

Phobias are intense but irrational fear of a specific object or situation that isn’t harmful. People with phobia avoid what they fear and may experience anxiety even if they’re only thinking about their fear. Phobias can interfere with daily activities and cause stress, especially among children and teens who have to participate in required school activities like sports or field trips.

Some common phobias are fear of heights, storms, and animals.

People with OCD obsessively think about negative things such as germs or getting sick. They can also become fearful that something terrible will happen—for instance, their house may burn down, or they may endanger someone’s life by driving recklessly. They try to ease this anxiety by doing repetitive, compulsive behaviors such as hand-washing or checking to lock a door.

Post-traumatic stress disorder (PTSD) develops after exposure to a terrifying event where severe physical harm occurred or was threatened. People who experience post-traumatic stress often have persistent frightening thoughts and memories of their ordeal. They may feel emotionally numb or be easily startled.

Another type of anxiety disorder is called acute stress disorder, which can occur when someone goes through a highly traumatic event (or series of events) like witnessing a murder or dying. It’s normal for this reaction to last a short time—typically less than 30 days.

How many people suffer from an Anxiety disorder?

Anxiety disorders affect about 40 million American adults age 18 years and older (about 18%) in a given year. These conditions are more common in women than in men, and they are also more common in children and adolescents.

No matter what the cause, anxiety always comes back to one thing: fear. Fear is a response to perceived threats, whether real or imagined. When anxiety becomes overwhelming, it’s known as an anxiety disorder.

Yes. People with anxiety disorders can benefit from many different types of treatment, including antidepressant medications and psychotherapy. The proper treatment for you depends on your symptoms, the severity of your condition, and other factors.

Depressive disorder is a severe medical illness that negatively affects how you feel, how you think and act, and how your body functions. It can damage relationships, poor job or school performance, and even suicide. There are several types of depressive disorders each with different symptoms and causes.

People may think that a character flaw or personal weakness causes depression or depressive disorders. In reality, however, depression is a common disorder with biological causes. It occurs when the brain does not produce enough of certain chemicals that help regulate mood. These chemicals are called neurotransmitters—serotonin and norepinephrine are common examples.

Are there different types of depression?

Persistent depressive disorder is a depressed mood that lasts for at least two years in adults and one year in children and teens. It’s often linked with anxiety and substance abuse.

The premenstrual dysphoric disorder is a severe form of premenstrual syndrome (PMS) that affects mood and functioning and is diagnosed by ruling out other diseases.

Postpartum depression affects about 10 to 15 percent of women who give birth, usually within the first four weeks after delivery. This kind of depression usually goes away on its own, but talk therapy and antidepressants can help.

This kind of depression is related to the seasons, most often during winter. What happens is that the body’s circadian rhythm (the natural cycle of day and night) becomes unbalanced, which can affect mood.

In this condition, a person experiences depression and some psychosis, such as having disturbing false thoughts or seeing or hearing things that aren’t there. This kind of depression is rare and typically happens only in older adults who have a history of mental disorders.

No one knows for sure what causes depression, but several factors likely play into it. Some examples include:

Genetics: People with close family members who have depression are more likely to develop it themselves, suggesting that genetics play some role.

Life stress: The death of a loved one or other very stressful events, such as military combat or natural disasters, can trigger depression or worsen an existing condition.

Brain chemistry: Changes in the levels of chemicals called neurotransmitters may play a part. Low levels of these naturally occurring brain chemicals, such as serotonin and norepinephrine, have been linked with depression.

Medical conditions: Several illnesses or chronic pain, such as heart disease and arthritis, can cause symptoms that may seem like depression. However, the cause is often something other than these medical conditions. For example, a person with arthritis can feel sad or hopeless when in physical discomfort yet not suffer from depression.

In some cases, depression may be linked to a medical condition like thyroid disease or vitamin D deficiency. Depression can also occur along with another mental illness —such as an anxiety disorder, substance abuse problem, or even gambling addiction.

What are the symptoms of depression?

The following are the most common symptoms of depression:

● Feeling sad or having a depressed mood, especially in the morning

● Loss of interest or pleasure in activities once enjoyed, including sex

● Eating too much or too little; significant weight changes due to eating more or less than usual

● Loss of energy or constant fatigue

● Being irritable or having a short temper

● Thoughts of death or suicide—although thoughts of suicide are more common in teens with depression, adults can have these thoughts as well

● Inability to function at work or school because of depression

Are there treatments for depression?

Yes. Many types of treatment can help people with mental disorders like depression. They include:

● psychotherapy—individual or group therapy; cognitive-behavioral therapy can be helpful for some people

How are anxiety and depression related?

Is it possible to develop depression and anxiety at the same time?

Yes. Often there is a link between anxiety and depression. People with depression may feel anxious or nervous much of the time, while people with anxiety disorders usually have overwhelming fears and concerns. Sometimes anxiety precedes depression—meaning that having an anxiety disorder can sometimes lead to depression down the road.

Is there a way to know if you have both conditions?

It’s common for those with an anxiety disorder also to have depression. However, it is possible to have anxiety without depression or depression without anxiety. In some cases, you may be at risk of developing an anxiety-related condition resulting from severe depression.

Your doctor can help determine what’s going on and how best to help you feel better.

Does treatment of one condition improve the other?

Treatment for depression does not constantly improve anxiety and vice versa. Sometimes both issues need to be treated as separate conditions. Treatment for each may include medication, therapy, lifestyle changes (such as increased exercise or improved sleep habits), or some combination of these.

What happens when anxiety and depression are left untreated?

If left untreated, anxiety and depression can interfere with daily life. You may find it difficult to concentrate or make decisions, for example. Both conditions can lead to relationship difficulties and affect work or school performance. Untreated depression also can increase the risk of suicide.

What happens when anxiety and depression are treated?

Treatment for anxiety or depression sometimes includes medication, therapy, lifestyle changes, or some combination of these. treatment for either condition has the potential to improve symptoms and help you feel better. It’s essential to get treatment even if the symptoms don’t go away right away.

Your doctor can work with you to find what works best for you and your symptoms and keep your overall health in mind.

So, whether you need partial care or outpatient services, our Quantum staff is ready to help you restore hope and peace of mind.

Want to talk to someone who can help?

To get help now, cALL US.

"Hope is being able to see that there is light despite all of the darkness."
– Desmond Tutu 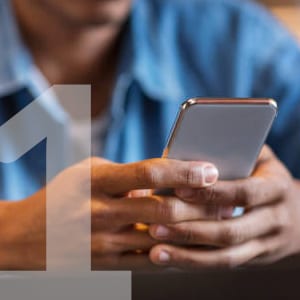 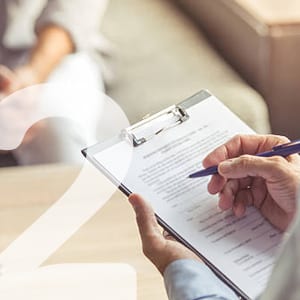 This streamlined process includes a series of questions and discussion of your unique needs and goals. 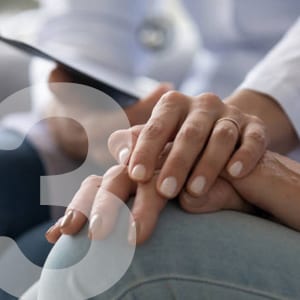 Get The Best Care Team Possible

After your intake, you’ll meet your Care Team, a group of amazing professionals dedicated to helping you make recovery reality. 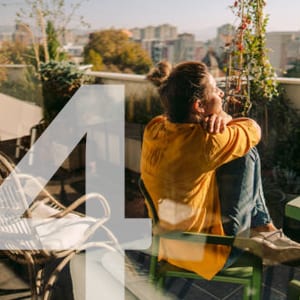 After you meet your Care Team, you’ll start to receive treatment based on a Care Plan that’s designed to help you achieve and sustain your recovery.

ARE YOU READY TO BEGIN YOUR JOURNEY TO RECOVERY?

You could be Completely Covered. Verify Your Insurance Today. 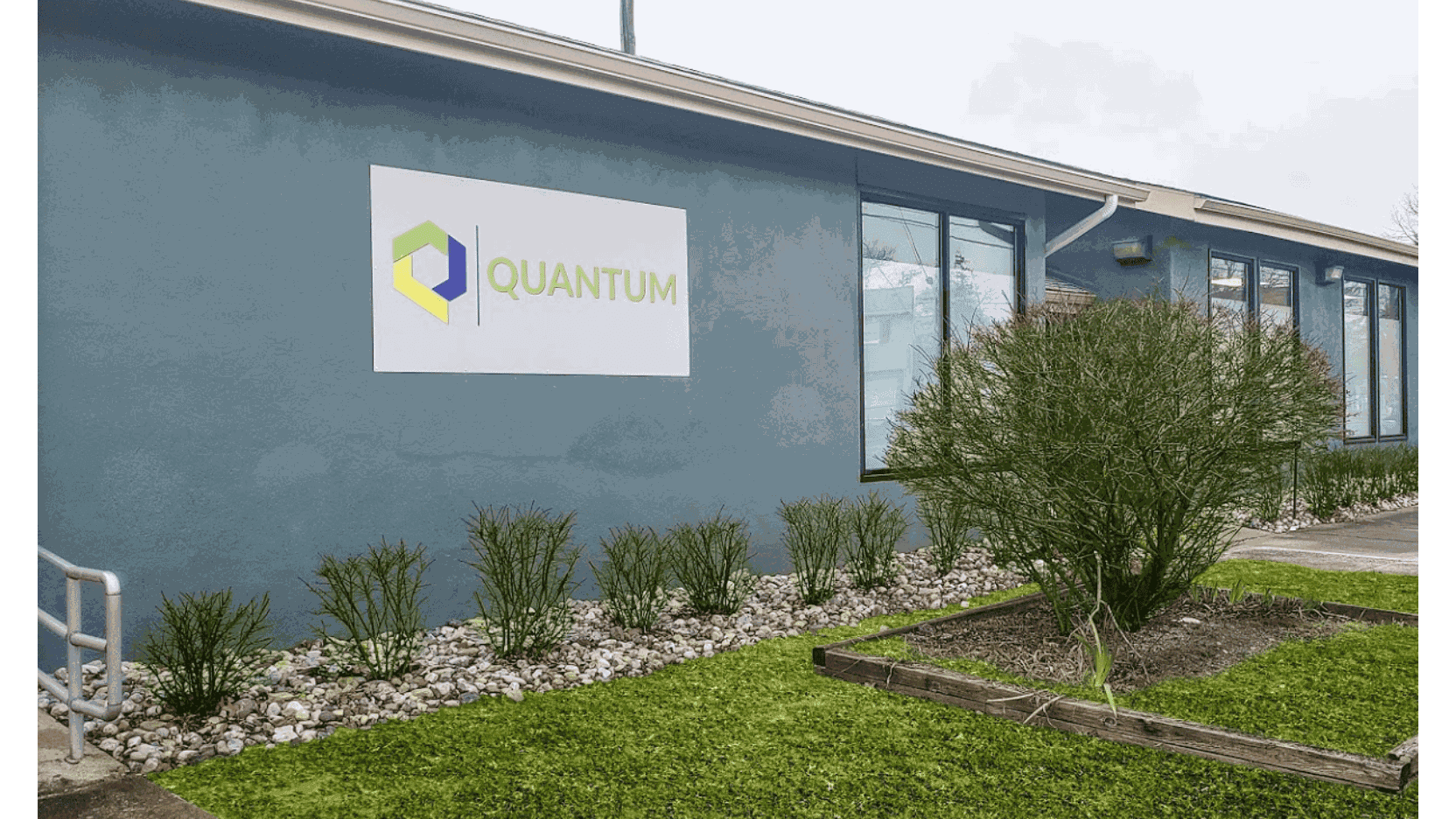