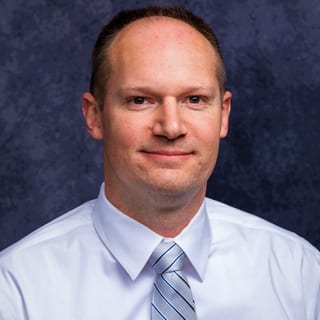 Addiction Can Happen to Anyone; Recovery Is Possible for Everyone

Justin’s personal story remains at the heart of the work that he does at Quantum. An avid soccer player since the age of 5, Justin grew up in a middle-class family and was raised by his hard-working mother and grandfather.

Justin learned the value of hard work from a young age, helping out at his grandfather’s auto repair shop in between his exemplary school career and soccer practice. His diligence and drive on and off the field paid off when he was recruited by several major colleges, including Princeton University.

He chose to attend Stockton College because his grandfather lived nearby and could then attend his soccer games. But the pressures of his high school athletic career had already taken its toll, leaving Justin with awful back pain for which he sought treatment. He was prescribed Vicodin for pain management and began to take it regularly.

Justin would return to the office letting his doctor know it wasn’t exactly working and he needed a higher dosage. In truth, he was becoming addicted to the painkillers, and coupled with the stresses of college, Justin realized by sophomore year that he did not have things under control and his athletic career suffered, though he continued to play.

When even his increased prescription dosage was not enough, Justin found oxycodone and oxycontin on the street to maintain his addiction. Even through that struggle, Justin graduated from college with a high GPA and began working in accounting.

Justin found that he was taking pills just to function and get up to go to work, and began stealing to manage the money for his addiction. He was eventually arrested in his hometown where his father was also a detective.

Justin was placed on probation and began to take on day labor as he fed what was by then a heroin use problem. He eventually found himself in rehab, and upon leaving rehab he became essentially homeless, sleeping on couches and cutting off communication with his mother for nearly a year as he continued his use.

One day a friend of his, who was in NA, called and asked him a question that he would never be able to forget. His friend asked, “Is the pain great enough yet?”

At first, his answer was “No.” But he continued to hear that question in his mind: “Is the pain great enough yet?”

Old Habits – New Habits signpost in a desert road background
And finally, mentally beaten down and fully exhausted, he answered himself. “Yeah. Yeah, it is.”

Justin sought treatment again. He committed to his sobriety and after treatment, he spent 8 months in a sober house before moving out into the world.

He saw what 24/7 support and a community could do for his recovery journey and returned home to live with his mom after that.

Together, they opened a set of sober living houses in Hamilton and Long Branch, New Jersey and helped so many people find their way to recovery that endures.

Justin went on to be a recovery case manager and then moved to an administrative role, serving as the Director of Housing and Director of Operations while learning all he could about the private side of all levels of care in the treatment industry.

Justin is now married with 3 stepchildren, an amazing wife, a chicken coop, and enough time to hunt and fish when he’s not working.

Justin’s fall from grace, his recovery, and his life after addiction are evidence of his belief that anyone can recover, that you can be who you truly are, and that it all starts with hope and the decision to make it happen.